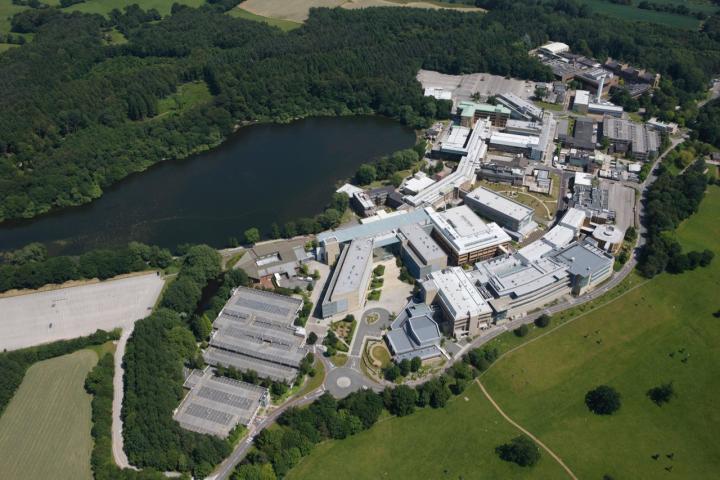 The Antimicrobial Resistance Centre (AMR Centre) based at BioHub Alderley Park is set to join the world's biggest public-private partnership dedicated to tackling one of the greatest modern threats to public health - antibiotic resistance.

The AMR Centre is one of five organisations in the partnership which has been set up to tackle the growing resistance of superbugs to antibiotics and speed up the development of new antibiotics, diagnostics and other therapies.

Other partners include the U.S. Department of Health and Human Services (HHS), the Wellcome Trust of London, Boston University School of Law and the National Institutes of Health's National Institute of Allergy and Infectious Disease.

Made possible through a cooperative agreement, the partnership promotes innovation and could provide hundreds of millions of dollars over five years to increase the number of antibiotics in the drug-development pipeline.

The AMR Centre is expected to receive $14million in matched funding from CARB-X in year one – and $100million in total over the next five years.

US President Barack Obama gave his support to the CARB-X consortium this week - confirming the US Government would invest $350m in the partnership over five years to fund research into combatting antibiotic resistance.

Dr Peter Jackson, steering group chairman of the AMR Centre said: "The creation of CARB-X is one of the most important steps yet in terms of rethinking how we deal with AMR and the partnership will have an impact around the world.

"We share the same goal of accelerating a new pipeline of treatments and diagnostics by working on new drug development programmes. We will do this in our own labs as well as in collaboration with other organisations, in particular providing support to small and medium-sized businesses and research institutes which have exciting new approaches to AMR."

Cheshire East Council Leader Rachel Bailey says the move puts Cheshire East "on the world stage in the fight against superbugs" - and will deliver a boost for the local economy, jobs, skills and the borough's cutting edge science businesses.

"The news that AMRC has joined the CARB-X consortium is fantastic news for Alderley Park and for Cheshire East. This means more investment in Cheshire East, more jobs and it puts us firmly on the world stage in the fight against superbugs.

"When AstraZeneca announced that they were leaving Alderley Park, Cheshire East Council acted swiftly and decisively to put in place a secure future for the site, co-investing with MSP and securing the Medical Technologies Catapult and Enterprise Zone status.

"AMRC is another world class addition to this and I am proud that we have put in place the right conditions for a flourishing AMR programme with global reach."

The funding boost to the AMR Centre will be used to help small and medium sized businesses to progress research and development projects into full clinical trials of new antimicrobial drugs and diagnostics.