Barlow's Beef: Why the top brass at Cheshire Police are delusional 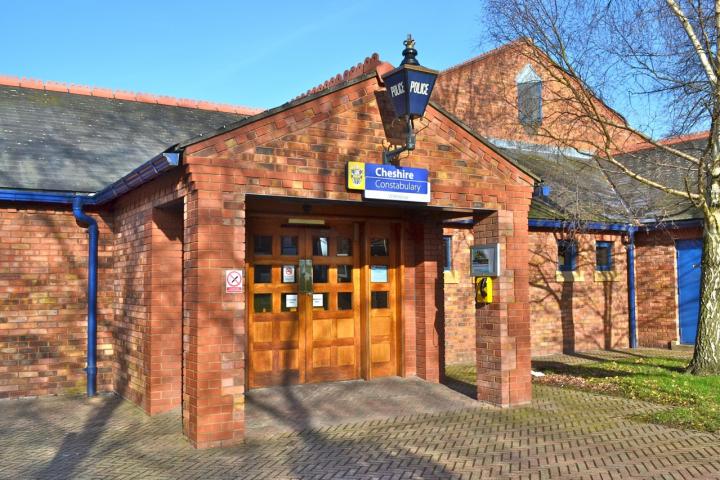 According to Cheshire Police officers and PCSOs are no longer booking on at Wilmslow Station, although staff are there and the opening hours of the station remain unchanged.
Wilmslow officers are now booking on at Macclesfield Police Station where they are briefed before travelling to Wilmslow to start their shift. Cheshire Police claim this move will 'deliver more physical patrol time in communities.' To which I have but one question: How?

How will sending Wilmslow officers to sign on in Macclesfield 'deliver more physical patrol time in communities'? As I know only too well this journey can take up to 45 minutes at peak times. If there's an accident or major road works travel time is anyone's guess. That's assuming they have their own transport. If not god knows when they'll arrive in Wilmslow.

I do wish public services would stop making such asinine claims to justify their ever-changing strategies. We already have Cheshire East telling us that that turning off sections of street lighting actually improves road safety. What next? Will they close Macclesfield General Hospital to 'improve patient care'?

Either the top brass at Cheshire Police believe the public are stupid or they are delusional. You may recall the elimination of beat Bobbies and the hypothesis that 'police officers on the street don't catch criminals.' We all know the explosion in anti-social behaviour resulting from that idiotic theory.

It took two decades to correct the insanity of unpatrolled streets with the introduction of neighbourhood policing heralded by the chief constable as some great new initiative.

Have you noticed whatever cockamamie scheme they invent is always for our benefit? As if closing police stations is an inspired act of public service.

Let me ask you a question: name your local Bobby. Okay, let's try again: name any Bobby. Unless you have a relative or friend in the service you probably can't answer either.

If you do meet a regular police officer in your neighbourhood chances are he/she will be moved as soon as they get to know the area. (It's for your own benefit remember.)

None of this is the fault of front line officers, who are unfailingly polite and helpful, but a management cadre whose aim is to impress the Home Office rather than the public they purport to serve. Self delusion wins over logic every time.

Hence their conviction that sending Wilmslow officers to sign on in Macclesfield before each shift will 'deliver more physical patrol time.'

They genuinely believe it to be true.

(They also believe in mermaids, elves and the Tooth Fairy).

Alan Clayton
It's another example of lions being led by donkeys, senior police officers creating initiatives to promote their own careers and agendas, total disgrace.

Marc Asquith
How many people will vote for the lead Donkey in a few weeks time ?

Marina McHugh
I cannot believe that anyone paying council tax will agree with this ludicrous ruling. This does not make any sense whatsoever. The question is, what do we do about it?

Sam Finch
And my least favourite word in my industry......'initiative'.