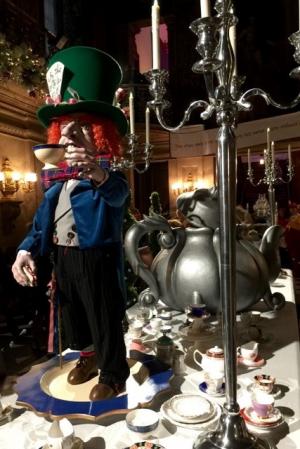 Once upon a time there were glorious pastures where animals grazed and children played in a green and pleasant county known to all as Blunderland.
Then came an edict from Blunderland Council that fields and hedges must be removed to accommodate the addition of 36,000 dwellings.

"For what reason must this be so?" cried the community for they were enraged.

"To provide shelter for those who have do not sufficient shekels we shall build 'affordable homes.'

After much screaming and gnashing of teeth did residents say unto their Council: "These green fields which have blessed us with Ash, Birch and the mighty Oak, which hath given shelter and shade for generations must not be lost before every inch of Brownfield ugliness is regenerated."

And the Council did spake saying unto them: "Observe thee our Brownfield First Policy whereupon we swear this solemn oath that not one blade of grass shall be cut, nor one sod turned until all Brown fields hath been fully developed. Then and only then shall we continue to erect 'affordable homes upon green fields for those desperate families seeking basic accommodation."

And the people of Blunderland did acquiesce, for they were a Christian community and in the spirit of goodwill to all would agreed to forgo their open spaces for the dispossessed to have shelter.

Communities stepped aside as mighty machines did rip the countryside asunder until nought but brick and concrete did remain. "Build it and they shall come," sayeth the Council Leader sorely in need of physio from the strain of his responsibilities.

And build they did until towns and villages were but dark shadows of their former selves. Yet strangely did the Brownfield land survive. Ugly rusty fencing did replace hedgerows, litter replaced lilies and rubble ruined the land.

"What happened to thy Brownfield First Policy?" asketh the people and were deafened by the silence emanating from the council chamber.

Upon examination communities didst discover that only five per cent of erected dwellings were 'affordable homes" and an angry crowd marched upon the town hall demanding an explanation.

"Why hast thou deceived us with thy 'affordable homes' lies?" shouted the people for they were proper vexed.

" Have we not built such homes as are suitable for the poor and dispossessed?"

"But affordable homes' number only five per cent, " yelled the crowd.

"And your point is?" replied the Council.

"Correct," sayeth the supercilious Council for they were slippier than a snake's belly.

"And who shall buy these 'unaffordable homes?"

"The rich people we built them for in the first place thou dimwits."

There followed an eerie silence as the truth finally struck home.

And so with malice aforethought were the people of Blunderland shafted.