Barlow's Beef: The two most important women in my life tried to kill me 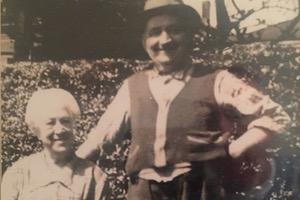 Are you bamboozled by the blizzard of contradictory information we receive about our food?

When I was a child my mother always insisted I had a bowl of cornflakes before I went to school. "You'll need some energy for all that studying", she used to say. Now, according to the latest health survey cornflakes are just about the worst possible thing you can eat. Apparently they have a ridiculously high level of salt. Eat a bowlful every day and you're a prime candidate for a coronary.

For the last 13 years Mrs B has been doling out vitamin tablets with my morning cuppa. "They'll help to balance your diet", has been her daily admonishment. I learned this week of the dire consequence of taking extra vitamins. Far from supplementing our diet they are one of the prime causes of our demise.

It's a terrible shock to discover, that the two most important women in my life have been trying to kill me. While my poor old dad who was harassed morning noon and night for smoking the odd Woodbine in his greenhouse did me not one jot of harm.

The whole health industry appears to be in a continuous state of turmoil no sooner are we urged to eat more of one product than another survey discovers it's the root cause of disease. We were all led to believe that it was far healthier to use artificial sweeteners in place of sugar until a poor laboratory rat fed entirely on saccharine dropped dead.

Milk was the healthiest drink on the planet for decades until some survey claimed it clogged up our arteries. White bread is taboo, real butter is lethal and eggs are death on a plate. However my grandparents managed to live into their mid eighties without any of this vital information is a mystery.

They used to eat rabbit pie and bacon fried in its own fat. My granddad worked 60 hours a week until he was 74 and never visited a doctor until he was 83 years old. Just think how long he could have lived had he had the benefit of all these surveys?

Veganism is very trendy but how come they always look as though they only have about three days left to live? Whenever restaurants serve them a steak in error they never send it back... they don't have the strength.

Have you noticed how few veggies have a full time job? I have a musician friend who claims never to eat meat but spends every spare minute in his garden cultivating beans, carrots, potatoes and is supported almost entirely... by taxpayers.

"Would you eat beef if you had to kill the cow yourself?" Is his favourite dinner party spoiler?

To which one guest recently replied, "Would you eat vegetables if you had to get a full time job to pay for them?"

I saw an advertisement for a diet that said 'lose two stone for less than £50'. Can you believe they expect you to pay for not eating, how bizarre is that?

Imagine the waiter coming over to your table and saying, "I'm sorry but you appear to have left most of your dinner so I have added another £15 to your bill."

Some women will slavishly follow any weird regime prefixed by the word 'detox.' They would live off camel dung if you labelled it 'The Two Hump Detox Diet'.

These fad diets always make their followers look like death warmed up. "I'm feeling a little faint today, it's because all the toxins are being cleansed from my body."

No it isn't. It's because you're starving.

Personally I think my grandmother was far smarter than I gave her credit for. She cooked great stews, made fantastic puddings and loved a drop of sherry. Now that's a regime I thoroughly recommend. So if you want to live an active life well into your eighties try, My Gran's Detox Diet.

Vic Barlow
Don't touch it. My wife ate it and immediately put on an extra three grams!